While it might be hard to believe, sleep apnea can lead to most of the same symptoms as ADHD. Of course, ADHD is caused by a chemical imbalance that requires medication and sleep apnea can’t cause clinically diagnosed ADHD. However, the side effects of sleep apnea are so severe that a person may essentially develop temporary ADHD.

The reason it may seem like sleep apnea causes ADHD is due to the major overlap of their symptoms. In many cases, sleep apnea is misdiagnosed as ADHD.

Here are the overlapping symptoms between the two conditions:

If you’ve been diagnosed with ADHD, you may want to consult your doctor about your sleeping habits. A doctor may suggest that you record yourself while you sleep or have someone monitor you, or recommend a sleep study to diagnose a potential sleep disorder.

Here are some of the symptoms of sleep apnea to be on the lookout for:

While the signs and symptoms may seem obvious, you should never self-diagnose. Once you’ve been properly diagnosed, seek the best treatment for your individual needs. 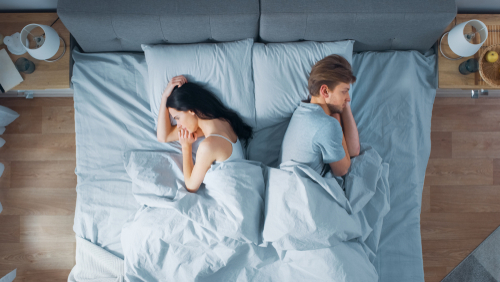 The most common treatment for sleep apnea is a continuous positive airway pressure (CPAP) machine. This is a breathing device that fits over your mouth and nose. Air or oxygen (depending on the patient) is continuously pumped into the airways of the user while they sleep.

This design is effective for many, but there are often some extremely dangerous and discomforting side effects. Many users have the following complaints and side effects of the device:

For children, the cause of sleep apnea is often enlarged tonsils or adenoids. If they become enlarged enough, a doctor may suggest that they are removed surgically. This is often a costly procedure compared to other treatments and the recovery can be difficult, but it’s usually a permanent cure.

Because of these troublesome side effects, many seek a less invasive alternative. A dental oral device that holds the jaw in such a way to allow proper breathing has become increasingly popular.

These oral devices are similar to mouthguards worn by athletes or Invisalign aligners. However, a medical doctor won’t be able to provide you with one of these devices. Instead, you’ll need to make an appointment with a dentist who can take a mold of your teeth and construct an oral device for you.

The Importance of Diet and Exercise

Obesity and weight play a major role in the severity of your sleep apnea symptoms. The enlarged flesh in the mouth and throat leads to worsened obstruction in the airways. If possible, try to monitor your diet and get more exercise if you’re struggling with sleep apnea caused by weight. 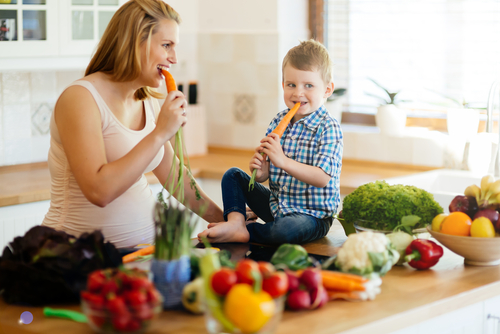 This can be especially difficult for pregnant women. However, even light exercise combined with a healthy diet may have a dramatic impact on your sleep apnea symptoms.

Don’t Wait to Get Help

Sleep apnea can have seriously detrimental effects on your health. If you’ve been falsely diagnosed with ADHD, the medication you’re prescribed may cause dependency and prevent your natural ability to focus.

Your first step is to visit a doctor and get the diagnosis and suggestions for treatment. Don’t let your sleep apnea disrupt your life any further — get help today.